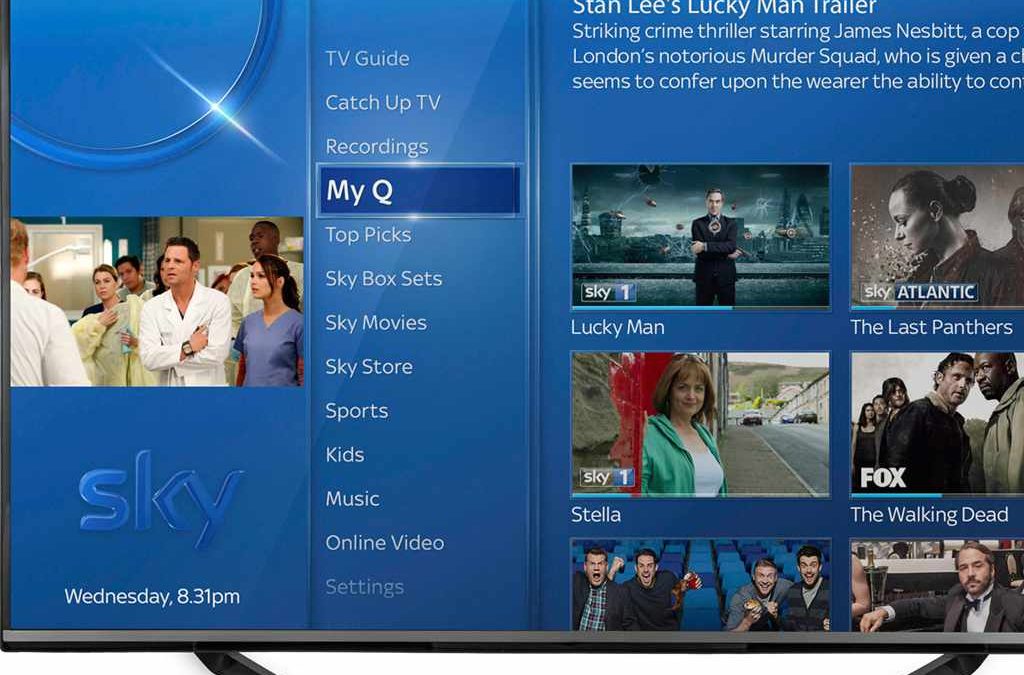 The ways in which we get TV and movies has exploded in recent years, with a growing number of premium pay-TV providers and streaming services now available with a wide range of features.

Many of them have contracts, exclusive content and over complicated bundled pricing! And that’s before you work out how to actually get it to your television, whether it is live broadcast TV via the traditional routes of aerial, satellite or cable, new offerings of streaming live TV over the internet, on-demand download or streaming services, or a mix of all three. If you are not of the 'techie' nature it can all be a bit of a minefield of information overload which makes choosing the right one for you quite difficult .

To help you pick the best pay-TV or streaming service for your needs, wants and budget, here’s a guide covering all the options from Sky Q to Netflix and everything in between.

Sky’s Q box has long been the expensive, pay-TV platform to beat, offering a better, more flexible and seamless experience than rivals.

It starts with the little things. The interface is modern, fast and responsive. Voice search via the remote is fantastic and can be used to control playback too. The remote is well designed. You can create a custom TV guide, not only editing which channels are shown but the order in which they are displayed, something key rivals still do not offer.

A vast array of live channels are available, depending on your chosen package. Sky Atlantic is exclusive to Sky, available through Sky Q and Now TV, which features HBO shows such as Game of Thrones and Westworld. Most channels are available in HD, sports such a the Premier League, Formula One, darts, rugby and boxing are broadcast live in 4K too. Note that HD and 4K are optional add-ons and that BT Sport is not available in 4K. You can record up to six programmes simultaneously and watch another. Sky Q has one of the widest selections of on-demand 4K content, including its own box sets and movies, plus those available from Netflix and Disney+. The latest Dolby Atmos surround sound is available for certain things shown in 4K such as the Premier League, some box sets and movies. The recent addition of HDR (HLG) support looks fantastic, with a small selection of 4K on-demand nature programmes currently available and live TV and movies due later, including the Olympics planned for next year. All on-demand content, including catchup, Netflix and Disney+, is integrated directly into the main interface such as the TV guides and search. Everything, apart from content from Netflix or Disney+, downloads to the Sky Q box rather than being streamed directly, which is beneficial for slower connections. You can start watching before the download completes, and the quality is fixed rather than being variable based on your connection. You can therefore watch 4K downloads from Sky even if your broadband is too slow to stream in 4K from other services. You can also queue downloads in the background and leave them going overnight with the box on standby. The individual catchup and streaming apps are also available, if you would prefer to use them instead of the main Sky Q interface, alongside YouTube, YouTube Kids, Spotify and others, while AirPlay is available for streaming music from an Apple device. Sky Store, through which you can buy or rent content not available as part of a subscription, is available on Sky Q too. Sky Q also has multiroom options costing £14 a month using wireless Mini Q boxes, which stream content including live TV, recordings and on-demand straight from the main box via wifi or ethernet. Alternatively the excellent Sky Go app on smartphones, tablets, Windows 10 and Macs can do the same thing, streaming live TV, recordings from the main box or on-demand content over the internet with offline downloads too. Sky also has extensive parental controls, including a dedicated Kids Safe Mode, which only shows U-rated content, and pin-protection of age-rated content, pre-watershed playback, purchases or individual recordings. The adult entertainment channels can be hidden and you can block access to third-party apps. The same parental controls apply to Sky Go too. Heavy rain and storms can occasionally interrupt the satellite signal, but the primary downside for Sky Q is cost. Although it is scalable, paying for only sections and capabilities you watch such as sport or movies, it is one of the most expensive services with a fairly complex pricing structure that has HD and 4K as added extras. It is often better value when bought with other services such as broadband.
Share
14