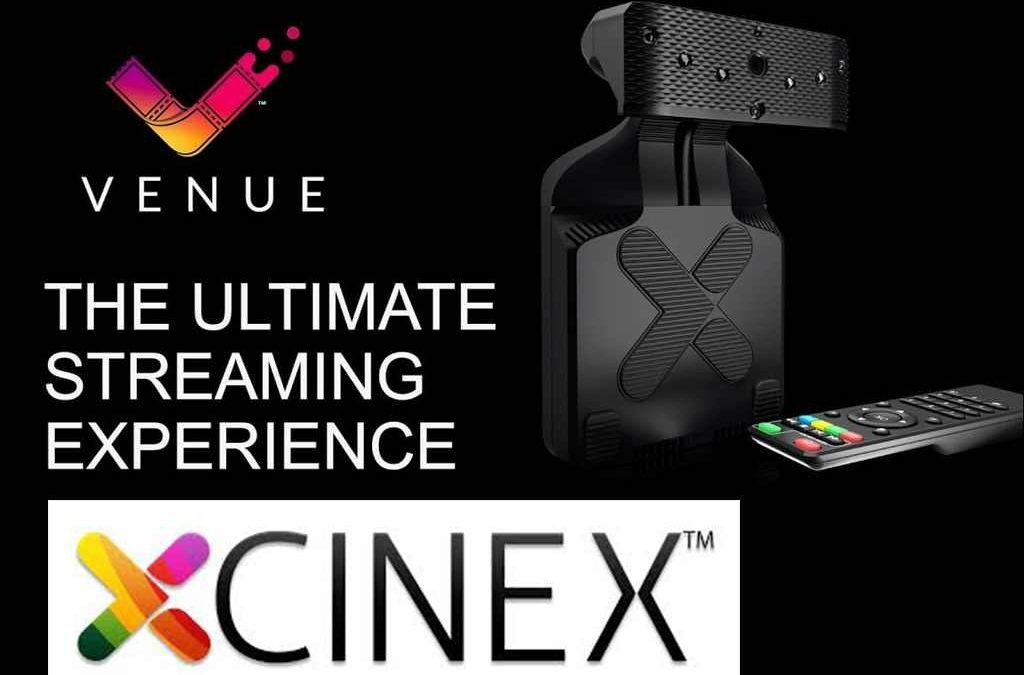 A new rival that lets you watch movies before ANYWHERE else?

SKY TV and Netflix subscribers are being tempted to switch to a new concept from US start-up Xcinex, which boasts a feature they cannot match. They aim to offer the latest Hollywood blockbusters from the comfort of your sofa – at the same time as films debut in cinemas. While cinema screens across the country have now re-opened, not everyone will be ready to venture out to watch a movie.

Dubbed Venue, this latest device from Xcinex is designed to bring the latest films to your home at the same time as they launch in cinemas worldwide. Where Venue differs from previous attempts to bring the cinema into the living room is in its ability to charge tickets to everyone watching.

Just like a cinema, if there are four people in your room, you'll need to buy four tickets. That's something that Hollywood film companies like a lot.

Until now, it has been impossible to police how many people watch a rental in the 48-hours it's available to watch on your iTunes, Google Play, or Amazon Prime Video account. Something that led movie studios to charge much more than a single ticket would ever cost for a rental at home. Using sensors, Venue is able to scan the house to work out how many people are in the room! CEO Cihan Fuat Atkin told Deadline that the device isn't capable of facial recognition – so there's no need to worry about the gadget keeping track of anyone's movements. Instead, Atkin claims the Venue uses its ability to count people to bring “ticketed entertainment” direct to your home.. There's no subscription fee for Venue. You will only need to pay for the entertainment you watch. However, you'll need to work out exactly who wants to watch whatever you're hoping to stream as Venue will pause as soon as it detects more people in the room than tickets purchased. Quite how this technology will work in an open layout home remains to be seen... Ticket prices will only be good for a one-time viewing, although the Venue set-top box is capable of pausing whenever you need to take a bathroom break!
Share
15