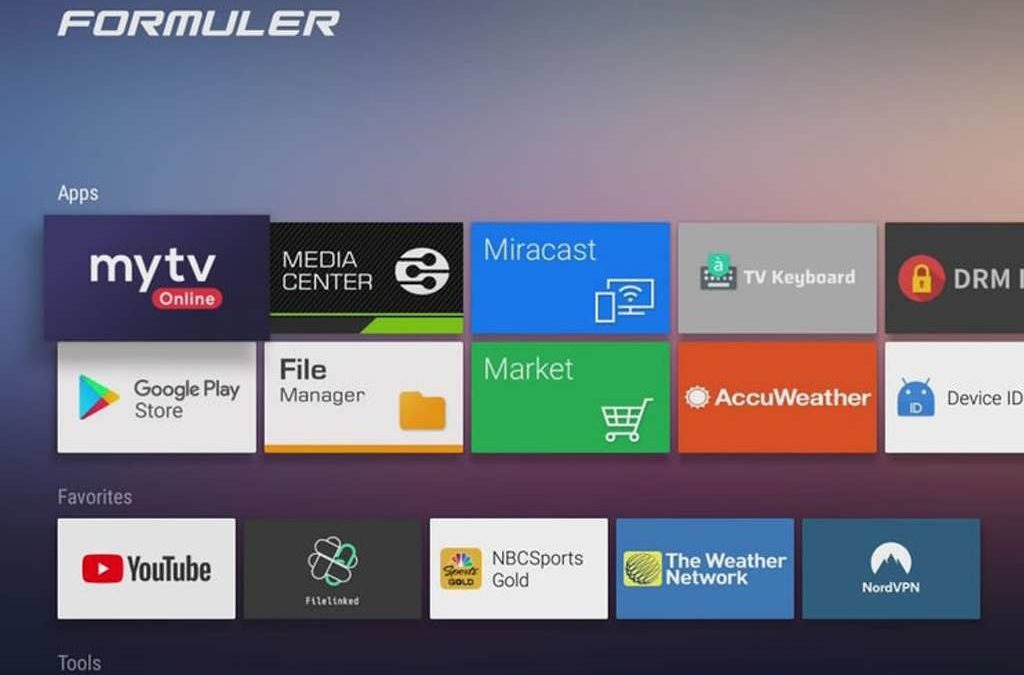 No matter where you move to abroad, UK TV is always something we want to have access to and with modern technology and greater internet networks it has never been easier. Whether you are looking for Live TV, catch up TV, on demand Movies / Box sets or your favourite sporting events, it is all accessible now directly onto your TV or any of your mobile devices.

For those that have a smart TV and that's obviously an increasing number of people these days, it is tempting to try make the most of the features available and install apps directly onto your TV. Whilst some of these apps may work fine on your smart TV, the development of quality apps for IPTV has been slow and there are a limited number of reliable apps. That being said there are still three apps worth mentioning for smart TV's that will give you access to IPTV services.

The first of these is Nanomid Player, compatible with Smart TV and Mobile devices. It also comes now with a built-in VPN/Proxy Relay service and the set up is very simple. The second app is Smart STB, which looks like an emulator for a Mag box. This means it includes the same features (if the provider includes them) including Video On Demand, time shifting (TV archive), to pause or record live TV. The third app we can recommend for Smart TV is Smart IPTV, this is one of the older apps that's been around and is one of the most basic looking apps. However it is compatible with most Smart TV's and has proven to be quite reliable.

Besides Smart TV's there are numerous ways to watch UK TV and On demand services via the internet and IPTV.

Connecting a set top box between your tv and internet router is a great solution and one of the most popular boxes in the last few years has been the Linux Mag set top box. Originally the Mag250 and Mag254 were hugely popular as they were compatible with most IPTV providers and they are incredibly reliable and easy to use.

Since writing this article Mag boxes have moved on and are now in the 500 series. Although Mag boxes have become much faster with newer models, they have remained limited in there additional apps with only a handful of extra apps included. However, the Stalker software used on Mag boxes offers a great menu for not only watching Live TV but also with a nice 7 day EPG menu, catch up menu, radio and VOD features.

Despite some IPTV providers complaining that the new Mag models have been a bit buggy, it remains one of the biggest sellers for IPTV users. When the IPTV community discuss the best IPTV solutions for watching UK TV, the Mag box has received a Marmite style response, you either love them or hate them :) The main reason being for this mixed response is due to there limited apps and therefore lack of flexibility. Alternatively a lot of IPTV users will argue that a Android solution is superior due to there huge range of apps and customisation options.

The Android set top box market is huge and so we will mention just a few of them! First of all, Android devices require a bit more work to set them up in comparison to a Mag box and they also require a bit more maintenance too. However if they have been set up well (by a professional) then this does not have to be a major issue. One of the most popular android devices has been Amazons own Firestick range. Since the launch of the original Fire Tv Stick, we now have the 4K Firestick, the Cube and most recently the new Fire Tv Stick 4K Max. Not only are these Fire sticks extremely small and good value, they are well built and very reliable.

Like any android device, the number of options are endless with the ability to install the apps of your choice. Unlike a Mag box, you can also install an app for VPN's which is always handy too when using IPTV. One of the drawbacks we have noticed with Firesticks is there remote controls. Whilst they are very responsive and work well, there limited buttons can cause potential compatibility issues with certain apps.

If you are interested in going down the Android route but would like to expand on it a bit further then we can recommend a couple of other Android devices that are well worth a look at. Formuler have been producing Android devices for a few years now and have released several models. One of the popular models is there Z8 Pro but more recently they have launched a Z10 version too. We have tested the Z8 box and have been very impressed with its functions and overall reliability. It offers a lot of functions similar to that of a Mag box with its own customised app called myTVonline. As it is Android based it offers huge customisation options and also includes its own app store.

For those that like to go completely overkill then you can always look at the Nvidia Shield TV. Not only will the Nvidia Shield run any android app but it is also used as a gaming device and is an incredibly powerful machine! Personally for IPTV we feel it is a bit overkill and unnecessary but there are some that like to combine its potential for gaming and IPTV.

Whilst some android set top boxes such as the Z8 Pro come with there own customised app for IPTV, a lot of android devices will require you to install your own choice of IPTV apps. There is a large range of apps you can install for IPTV and some IPTV providers will also offer there own customised versions. Although in our experience it is better to use the original versions (even if there is a small fee involved) as these are easier to update in the future.

Our top five IPTV apps for android devices include STB Emu, XCIPTV, Smarters Pro, Perfect Player and Tivimate Premium. Whilst these apps are normally available for free we recommend you upgrade to the paid version once you have decided which app you prefer to use. All of these apps will provide you with access to a potential IPTV provider but there features vary. For example, not all apps have a recording function or channel / favourties customisations.

As to which of these apps is the best is really down to personal opinion, the STB Emu app is an emulator for the Stalker software on a Mag box so this is popular for those that have used Mag boxes in the past. However a lot of people prefer to use XCIPTV or Smarters as these are regarded as more simple to use. Perfect Player has been arguably one of the most reliable IPTV apps over the years and so remains one of our favourites but for me I like Tivimate Premium for its overall menu, tv guide, easy navigation and additional features when you upgrade to Premium.

More recently we have also tested set top boxes from Qviart and there Linux box range including the OG2 4k set top box. Not only do they offer there own customised QTV app which works pretty well, but they have also incorporated the Stalker app for those that are used to the Mag set top box menu. The OG2 box works very well and has so far been reliable. It is quite a new range of models and they are continuing to provide regular updates. Like the Mag box however, it comes with a limited number of apps but it is certainly a simple box to use and was compatible with all IPTV servers that we tested.

Finally when talking about IPTV and watching UK TV abroad, it is important to consider VPN's. Geo-blocking does occur, in some countries more than others and whilst you may not always need to use a vpn to use IPTV, it is worth having the option if needed. If you go down the path of a Mag box then you would require a vpn router but if you have a android device then it is possible to simply install a vpn app directly onto the android device.

Alot of IPTV users in the UK also require the use of a vpn now as IPTV servers are being blocked, especially during sports events such as football matches. Speaking to different users in Hong Kong, Dubai, Spain and France, they have also stated a vpn has helped them with there connections to IPTV. This can really depend on who your internet provider is as they all vary but a vpn connection overcomes geo-blocking. It is not as difficult as you might think to set up a vpn and we can help advise on not only cheap vpn solutions but also pre configured vpn routers that are simply plug and play.

So whether you want to watch UK TV on the Costa del Sol or Costa Blanca of Spain, or France, Portugal, Dubai, there are plenty of options using IPTV. All of the IPTV providers will offer there own channels from different countries and additional services such as catch up tv and on demand movies / box sets etc. Some of these providers also offer premium sports packages for all of the sporting action around the world including pay per view events. Most IPTV providers will offer more than one payment plan with monthly options to annual deals. We always advise Expats to only pay what you can afford and always appreciate the risks involved. In the past some IPTV providers have been closed down by the authorities if they are deemed illegal. Whilst this is not a common practice remember a service is only legal if it comes from the official supplier.